IN THE STUDIO WITH ACCLAIMED DESIGNER JEFF STAPLE 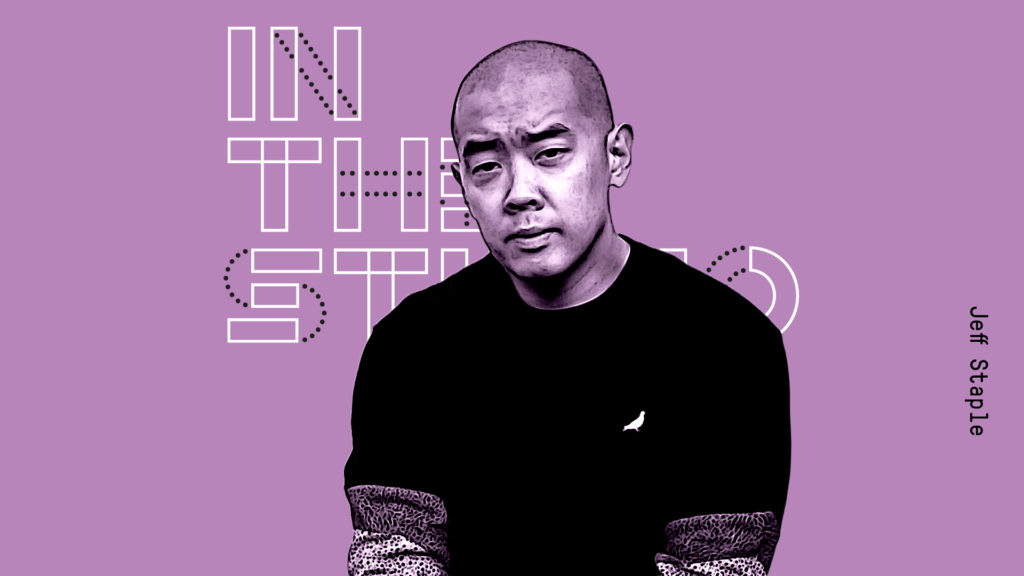 Jeff Staple is an acclaimed American fashion and graphic designer, founder of New York Design agency Staple Design, Staple Clothing and Reed Space boutique. He has collaborated and released lines with brands such as Nike, Coca-Cola, Oakley, Uniqlo, PUMA and Clarks. As a designer he is respected for his keen eye and his dynamic yet practical and diligent approach.

On November 1st 2019, Jeff Staple released his highly anticipated collaboration with Timberland, which included two footwear models and a range of apparel. We got the inside scoop – producing a dedicated podcast episode for the BBC World Service which is live today. The episode features an exclusive insight into Jeff’s design philosophy, approach and process, as he takes listeners into his studio in New York City as he finalises his collaborative release with Timberland.