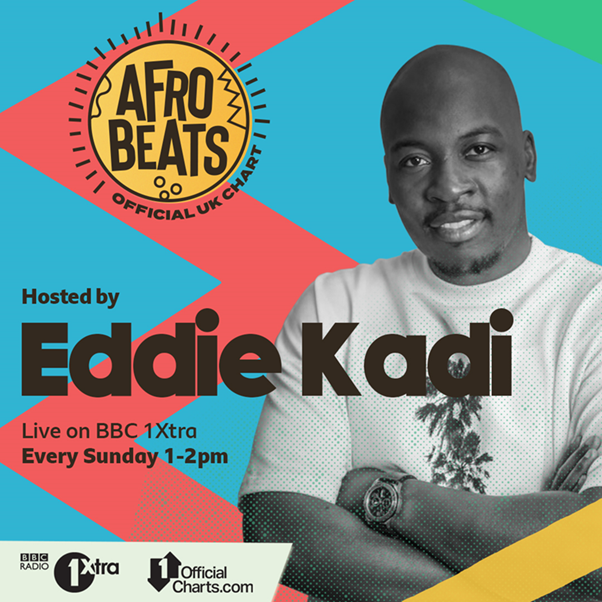 The Official UK Afrobeats Chart will be hosted by British-Congolese presenter, comedian and actor Eddie Kadi. This brand new one-hour show will be a destination for the definitive Afrobeats Chart with a weekly rundown of the Top 20 biggest tracks, as compiled by the Official Charts Company based on sales and streams across the UK.

Eddie Kadi says: “This is a significant moment for Afrobeats and the diverse sounds of Africa, as the UK is one of the main hubs of the music outside of the continent. To go on this journey with 1Xtra, a station that has been championing black music including Afrobeats for such a long time is also extra special. I look forward to showcasing the impact this great music is having on the UK scene and I’m even more excited for the artists who deserve to have their work displayed on the highest platforms.”